Cumbrian Contrasts, ​A vision of countryside
By Jan Wiltshire 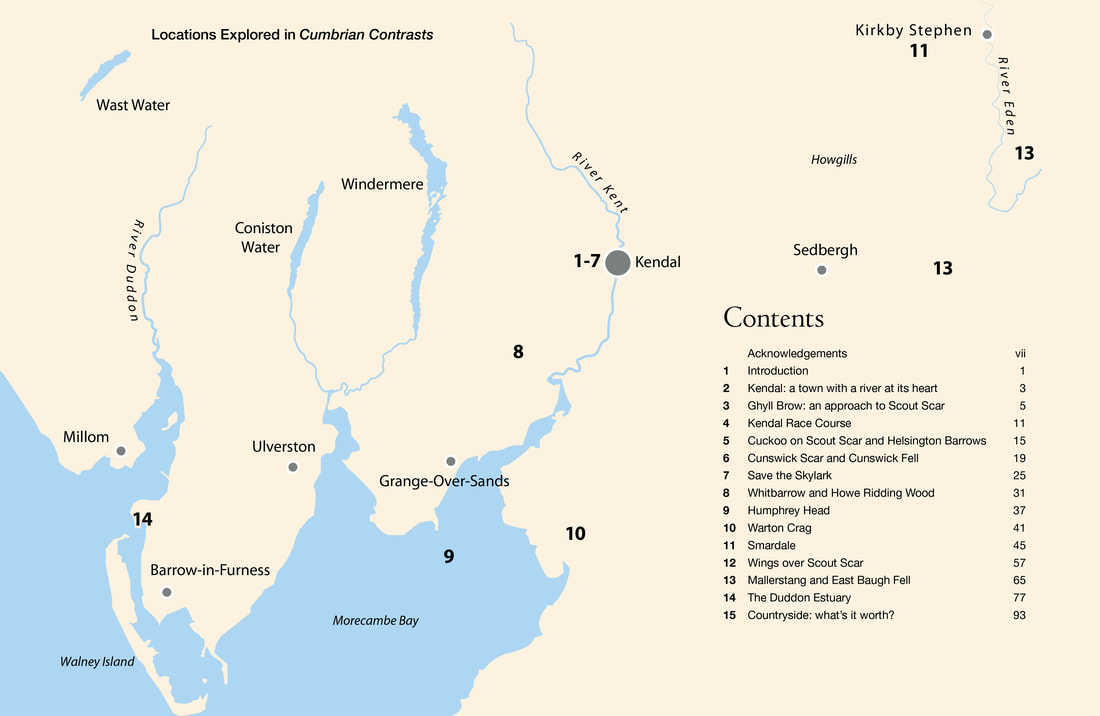 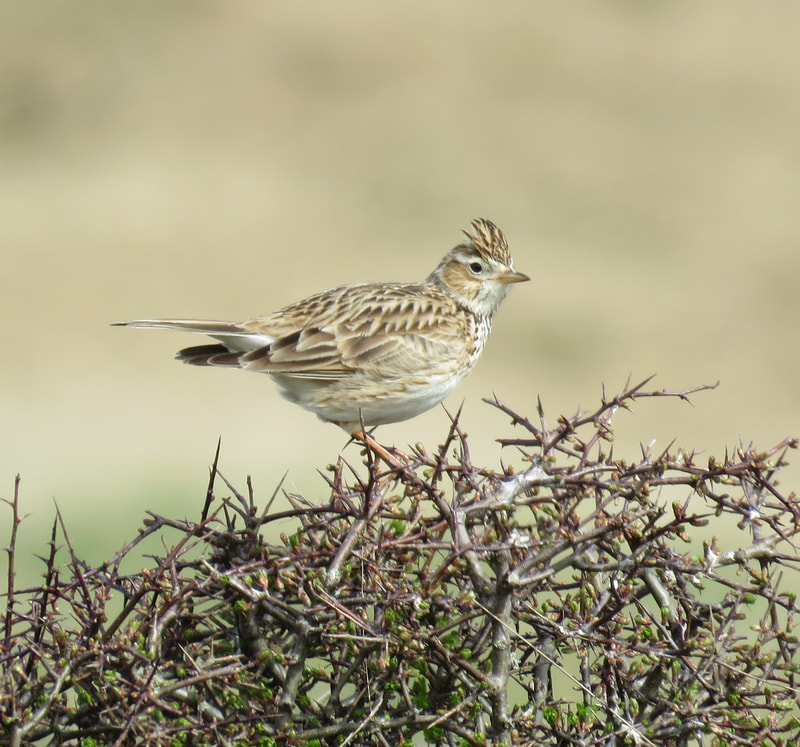 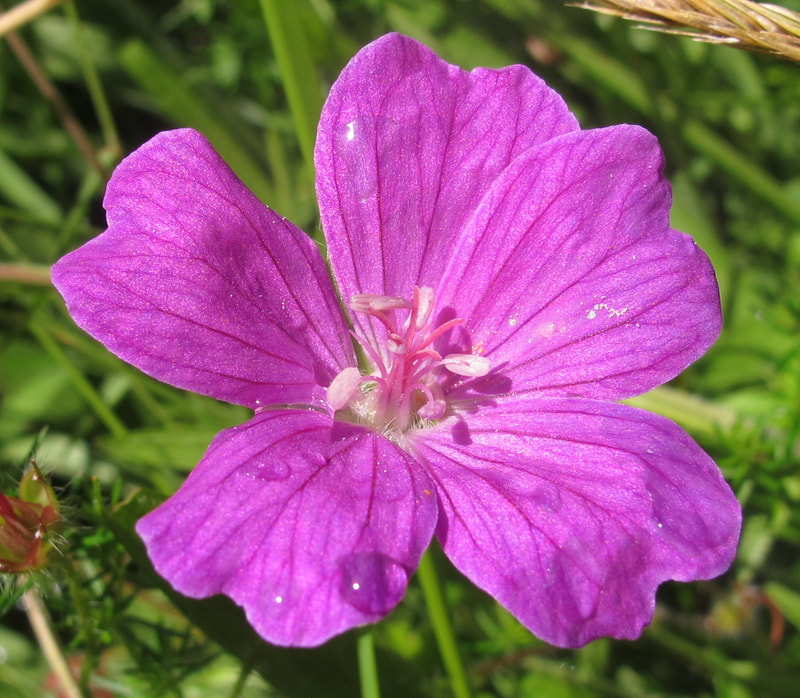 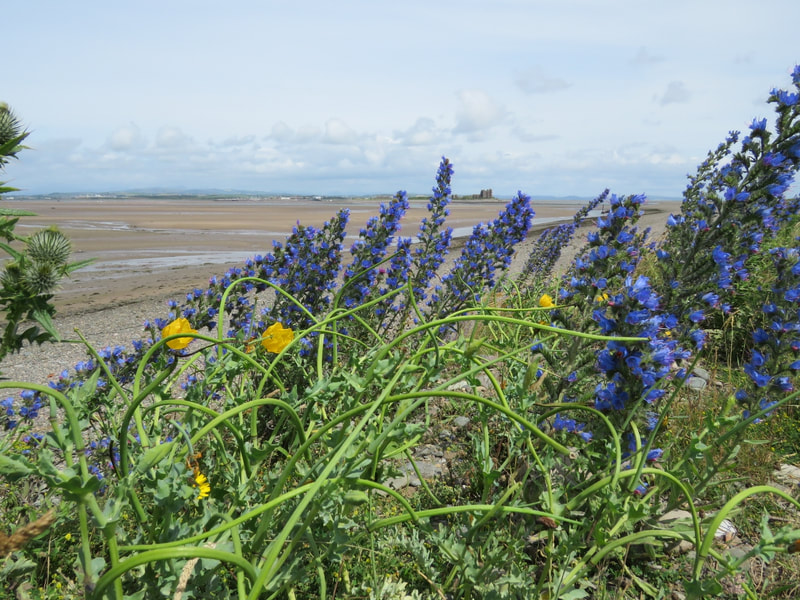 1 Introduction
An hour after midnight twelve children made their way through the town heading for Scout Scar. They left the last of the houses behind
’there burst upon us, all unforeseen, such a ‘festival chorus’ of larks as no one of us had ever heard before. On all sides, unseen in the gray dimness,           they sang as if their little hearts could hold no longer the rising flood of music, and they must needs shake it out anyhow, anywhere, with splendid unthrift, above the gray sleeping world.’ *
As the stars faded away they reached the escarpment and waited for sunrise. But lark song   was the surprise and wonder of that midsummer morning in 1906.
As a naturalist, my focus is on our experience of countryside, then and now. These children give us a glimpse of how it was.  2014 saw commemorations to mark the centenary of the outbreak of The First World War, 1914-18.  Throughout the year in a constant refrain, media coverage reflected on life in Britain a hundred years ago.  I wrote the core of Cumbrian Contrasts in this context, with a heightened awareness of history.
Late in 2013, extensive building programmes for Kendal and Ulverston were unveiled. Change was imminent. The character of Kendal would change and so would the countryside on its doorstep.
I’d like the children of today and tomorrow to be surprised and delighted by lark song and the call of the cuckoo. I hope that may be part of their experience but both species are in dramatic decline and there’s nothing to protect the ground-nesting birds of Scout Scar. Save the skylark, that’s the watchword. The bird is an emblem of species-loss.. For wildlife and countryside everywhere we all have a part to play.
Cumbrian Contrasts celebrates the wonder of the natural world. It’s a snapshot in time, a portrait of now that reflects on the past and looks to the future.
Like those children, I walk from Kendal and head for Scout Scar.  Venturing beyond, I radiate out across Cumbria excited by the prospect of all I might discover.

2    Kendal: a town with a river at its heart
Further, that’s where I shall go, further into the Cumbrian countryside. But I’ll begin with the year a top predator came to town. The creature is said to be secretive, if you seek diligently you might glimpse it at dawn or at dusk. This one hadn’t read the script.
The river flowed fast and the otter swam upstream, sleek and sinuous.  She crunched on something crustacean, showing teeth, whiskers, dense pelt and muscular tail as she surfaced beneath our riverside walk. A photographer came each day from the Wirral and pictured her eating a fish. Her diet would be trout, bullhead or salmon, so information boards suggested. The winter the otter came to Kendal we were all eager to see, to share, to understand.
Daylight appearances and confiding behaviour were odd, but made otter watching easier. I listened to tales from the riverbank, eager to hear what this meant to others. They spoke of their relationship with the natural world.  A local man lived here in boyhood, close to the river. In the 1950s, he found otter in the tributaries of the Mint and Sprint, but not in the River Kent in town. Our bitch otter was news and, during the winter of 2012-2013, she became a tourist attraction. A couple had seen her half an hour ago, opposite the Parish Church.  A woman showed me otter prints in the snow below Stramongate Bridge, close to her home.  A young father introduced his little girl to her first otter, and told me where he had found kingfisher as a boy.  The river held us in a spectrum of time; in reminiscence, in the moment with each glimpse of otter, and here was a gift beyond price for the next generation.  This is our river, our inheritance, pass it on.
Something had changed. Wildlife and people tend to lead parallel lives, but now we engaged with the life of the river in a spirit of reverence, with a respect for the natural world. Welcome, say those interpretative boards which invite us to consider the ecology of the river and to see what we can find.  There was a shopping trolley and a bike in the river but otters don’t ride bikes and a river is not a rubbish dump.  The idyll is rarely unalloyed but the aura around  the otter suggested how things might be, if we could somehow tap into the benevolence that flowed among us.
Through Kendal, the Civic Society has plaques and offers guided walks to draw us into the story of the town.  Tourists and locals like to know what’s special, what there is to see, whether it’s history or natural history, urban or rural. But the storytelling falters as we leave town and head for the countryside.
The catchment of the River Kent is an SSSI, a Site of Special Scientific Interest. So is Scout Scar, but it’s not clear what that means and acronyms don’t make a story. When we arrive in the countryside we want to know what will make our day. So what are we hoping for as we put on our boots and set forth?

Maps, photographs and all material from Cumbrian Contrasts is copyright to Jan Wiltshire