The River Kent: reading a landscape 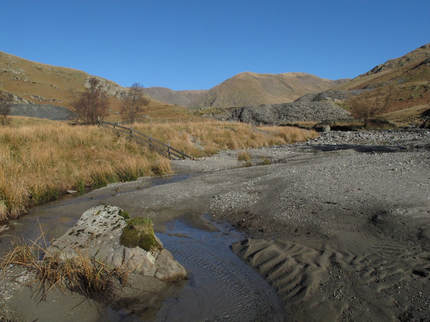 Kentmere Common rises in the distance. Quarries below Steel Rigg left, with Jumb Quarry right
Kentmere Common is summer grazing for the flocks of the dale, once the season’s lambs become independent. The reservoir is hidden beyond the spoil mounds of green slate quarries below Steel Rigg and at Jumb Quarry. Mid-March and budding alders of deep sienna fringe  Skeel Gill and  Bryant Gill as they converge and flow into the River Kent. Quarries disused for over  half a century are become sanctuaries for wildlife, for peregrine and flora of the rock-face, roseroot of sea-cliffs.
Here the river flows  broad and shallow, seeking new channels through quarry spoil.  Ripples pattern sediments of slate that seep from a shoal of graded fragments.  Spoil heaps bristle with  shards of slate where mountain grasses and the yellow flowers of biting stonecrop take root. The river banks are friable and eroded, unstable. From the eastern bank  you can see the river undermining  mounds of quarry spoil.

A grassy  track runs from the west bank toward the river, where it ends abruptly.  A bridge must have linked the quarries either side of the river. Grassy sods cling to the eroding banks and when the river runs high they’ll topple in.
There’s been quarrying here since Roman times but where is the evidence? Come to that, where are the 18th and   19th century  maps  and plans from when quarrying assumed an industrial scale?
Reading man’s impact on a landscape is a challenge.  I used to come  here  day after day, as my photographic archives and journals reveal for 2010/2011.  We see the aftermath of extreme weather events but miss the moment  when the river runs turbulent, dislodging boulders of river bed,  depositing material and sculpting new shoals.
And management often happens out of sight, out of time, when we weren’t there. I did not see  the jcbs  crawling over the Jumb Quarry spoil mounds, removing 9000 tonnes of spoil to help stabilize the mounds, to protect habitat and the ecology of the river, to help in flood prevention further down stream. This was part of the Cumbrian RIver Restoration Strategy.
And what was the impact of storm Desmond in December 2015?
These quarries have long been a magnet for me as naturalist and photographer. Next time, I'll hope to come with  my own specialists to  pore over industrial archaeology.
Here’s a sequence of images taken in different seasons over some years. From Skeel Gill and Bryant’s Gill down to the river Kent, focusing on Jumb Quarry and the banks of the river.
Click on images to enlarge and read captions. 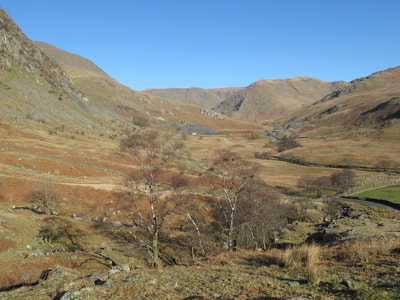 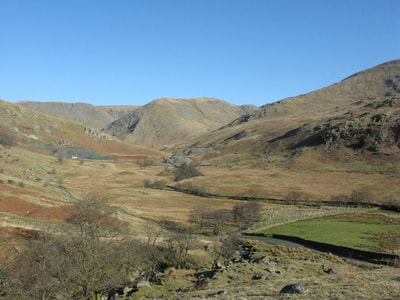 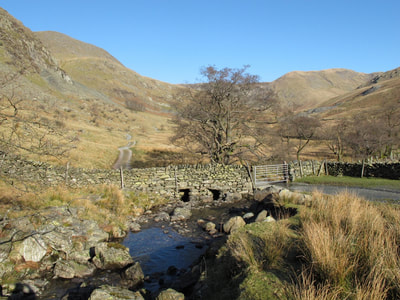 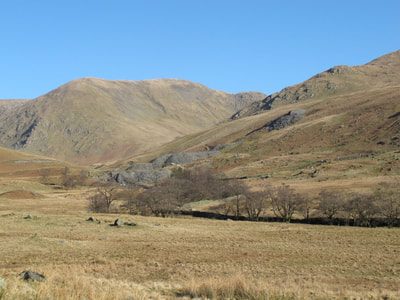 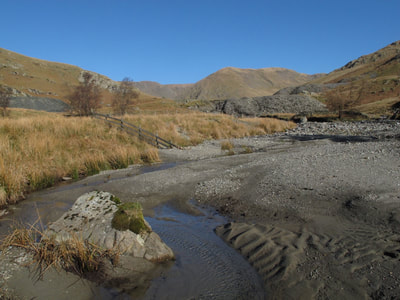 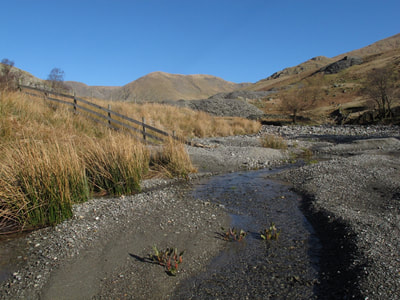 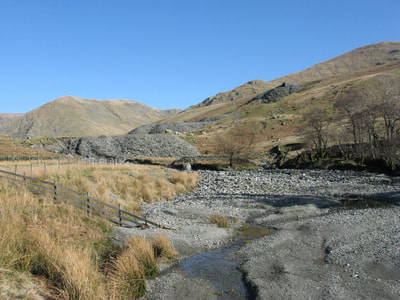 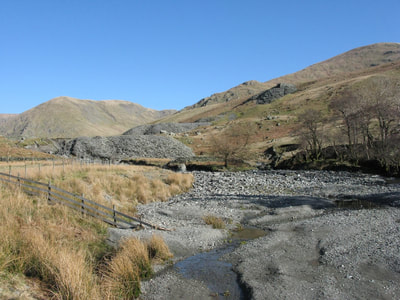 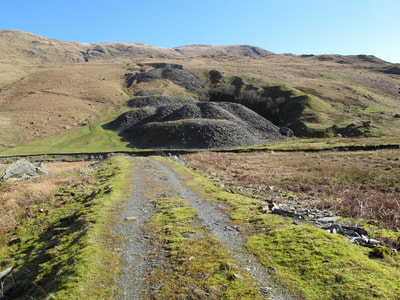 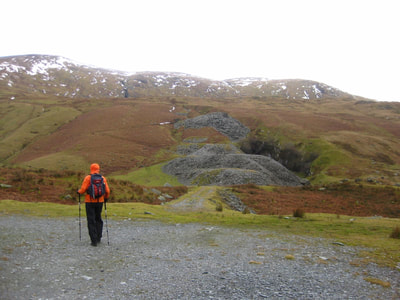 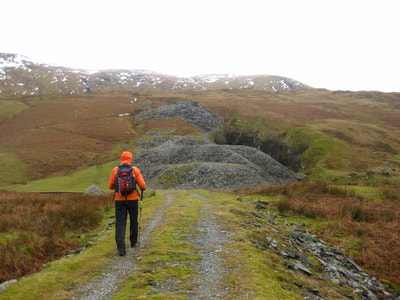 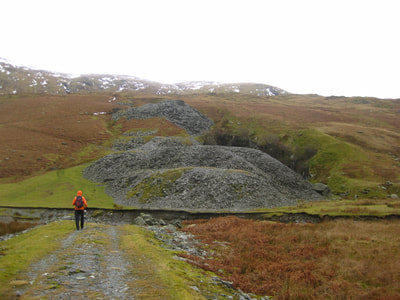 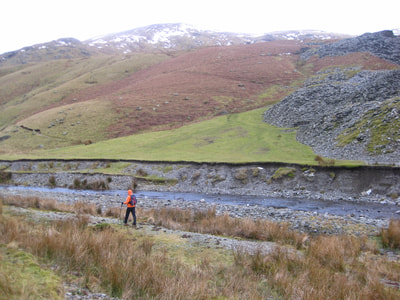 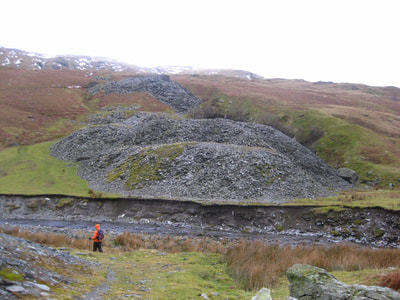 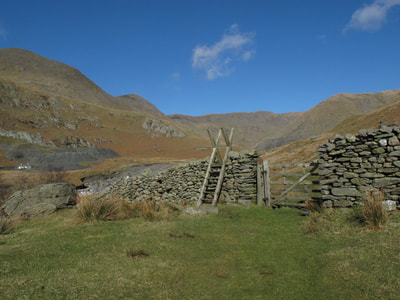 I pondered the analogy of rereading a beloved book, returning to it again and again over the years. The text does not change but  a rereading is enriched by our own life experience along the way, by cultural changes.
Reading a landscape is in every way dynamic. Each season, each year sees something unexpected, something new.  Perhaps we come with a different purpose, a different focus.  I have come seeking pastoral: the lambing season, a gathering of flocks from Kentmere Common, to meet farmers and talk breeds of sheep.  I have come seeking peregrine,  redstart and wheatear and their nesting places.   I was surprised and  delighted to discover roseroot on a rock-shelf in Kentdale.  I look forward to further exploration and photographs to tell the story and go in deep.